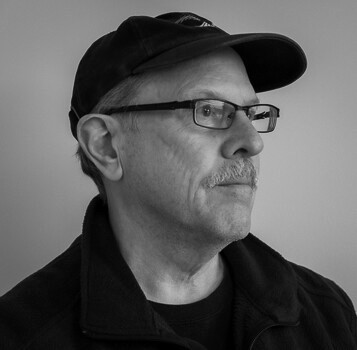 Victor Filepp's photographic work is an eclectic mix of styles and genres. A self taught photographer, he explores art through the camera, and in the digital darkroom.

The journey to art began in the outdoors. He has immense respect for nature, and much of his work displays that through the use of landscape and nature photography. Victor grew up in a rural farming community of central New Jersey. Surrounded by farmland, he spent considerable time outdoors.

Mr. Filepp has had a career in the entertainment industry. As a stagehand and AV Technician he worked many theatrical, club, and arena shows, learning many of the crafts needed to get the show up. He also spent time singing for several bands, and briefly as a solo act.

In 2008 his early, and long interrupted, love of photography took a more serious direction. Since then his photography has been in numerous group shows throughout the area, including Honorable Mention in Hygienic's 2018 The f-Stops Here.

Victor Filepp works in the invisible world of digital cameras and processing software. The images exist as ones and zeros until they are perceived by the eyes of the viewer. The image is then transformed into electrical impulses, carried to the visual cortex, and reinterpreted by the brain.

“There is a sense of satisfaction getting an image that says something to me on the screen, when it tells me what it wants to be. It’s no longer a “new” way of working, I feel at home here.”

Often projects become monochromatic, noirish, and moody. At other times the work is color landscapes, abstracts, and other creations. He is inspired by nature, human creation, newness, entropy, street art, and abstraction.