36 photos
This project began in the Spring of 2020 as the pandemic closed everything down. As a result the images are all exteriors, and confined to public facing views, primarily those from the street.

New London, Connecticut seems to be a very religious town. Every time you turn around there seems to be a church in sight. Within an area of approximately 6 square miles with a population of slightly more than 25,000 residents this small city has a population of at least thirty five churches. Most proclaim some form of Christianity. There is no mosque in town, but there is a New London Islamic Center in Groton, across the river, and so not included here. I've limited the project to structures inside the city limits.

I have a love/hate relationship with religion. There is much good done by churches, but it is balanced, over balanced some might say, by the harm they cause. Religion is responsible for a large portion of historical mayhem. Crusades to kill infidels and child abuse, just to point out two. Religious institutions pay no taxes. Until relatively recently in the history of America I have had no problem with this tradition. Then churches became involved in politics, promoting preferred candidates from the pulpit, and disparaging others. Once churches involved themselves in the secular operation of government they ought to have the same responsibilities as other citizens.

All faiths claim to embrace a love for all humans, yet proscribe that love to those who follow their teachings. Each religion claims that they worship the one true God, and they demonize and despise the followers of other gods. And have gone to war to impose their vision on others. In the U.S. we live in a nation founded, in part, on freedom of religion, yet religious institutions show little interest in allowing others to live by their own faith, to say nothing of their stark attitude toward those who adhere to no god.

Raised attending a Baptist church, I left as a teenager disillusioned with the hypocrisy I saw exhibited by those around me. To be honest, I was never a true believer, attending because it was imposed by Mom. Yet I had been indoctrinated to the bible story when she read to me from a large book called The Story of the Bible, sort of an easier to understand version of the, then current, King James version bible. I still believe the moral values espoused by Jesus (whether he was an actual person or a literary construct is beyond my knowledge).

On the other hand, I love photographing churches. The architecture and the art contained in many older religious buildings is amazing.

“Therefore, whatever you want men to do to you, do also to them, for this is the Law and the Prophets.” ⸺ Matthew 7:12

“... for I was hungry and you gave Me food; I was thirsty and you gave Me drink; I was a stranger and you took Me in; I was naked and you clothed Me; I was sick and you visited Me; I was in prison and you came to Me.’
“Then the righteous will answer Him, saying, ‘Lord, when did we see You hungry and feed You, or thirsty and give You drink? When did we see You a stranger and take You in, or naked and clothe You? Or when did we see You sick, or in prison, and come to You?’ And the King will answer and say to them, ‘Assuredly, I say to you, inasmuch as you did it to one of the least of these My brethren, you did it to Me.’ ⸺ Matthew 25:35-40 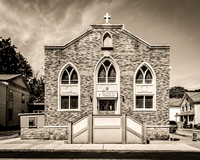 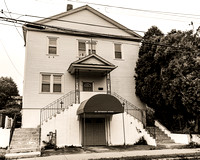 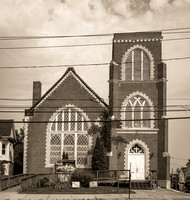 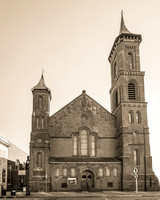 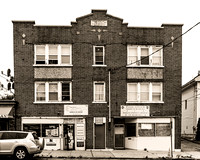 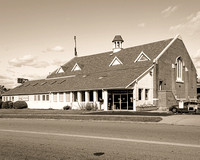 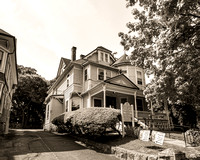 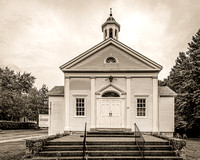